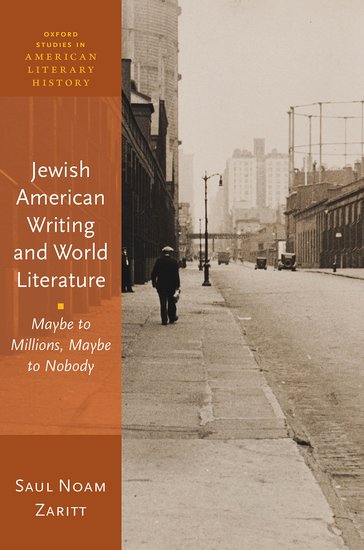 This book studies Jewish American writers’ relationships with the idea of world literature. Writers such as Sholem Asch, Jacob Glatstein, Isaac Bashevis Singer, Anna Margolin, Saul Bellow, and Grace Paley all responded to a demand to write beyond local Jewish and American audiences and toward the world, as a global market and as a transnational ideal. Beyond fame and global circulation, world literature holds up the promise of legibility, in which a threatened origin becomes the site for redemptive literary creativity. But this promise inevitably remains unfulfilled, as writers struggle to balance potential universal achievements with untranslatable realities, rendering impossible any complete arrival in the US and in the world. The work examined in this study was deeply informed by an intimate connection to Yiddish, a Jewish vernacular with its own global network and institutional ambitions. Jewish American Writing and World Literature tracks the attempts and failures, through translation, to find a home for Jewish vernacularity in the institution of world literature.

The exploration of the translational uncertainty of Jewish American writing joins postcolonial critiques of US and world literature and challenges Eurocentric and Anglo-American paradigms of literary study. In bringing into conversation the fields of Yiddish studies, American Studies, and world literature theory, Jewish American Writing and World Literature proposes a new approach to the study of modern Jewish literatures and their implication within global empires of culture.